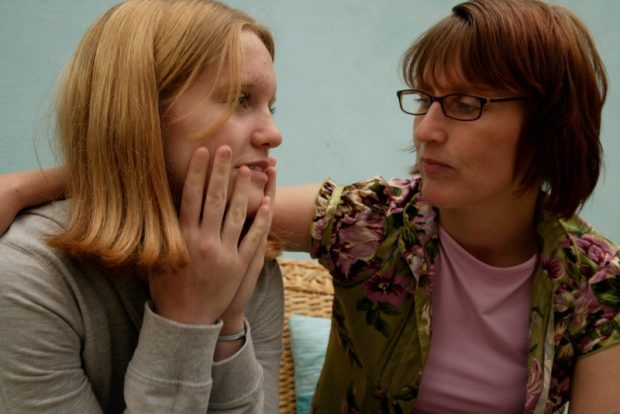 Let's talk some numbers. Domestic abuse claims the lives of 2 women a week. There are an estimated 6.5 million adults who have suffered domestic abuse. And police in England recorded 421,000 domestic abuse crimes last year.

What that means is there aren’t many people who don’t know a friend, relative or acquaintance who has suffered from domestic abuse. The difficult truth is that domestic abuse is a persistent and widespread problem in England.

Faced with these overwhelming numbers, you might be forgiven for having a fatalistic view of domestic abuse.

Our inspectors took a thorough look at how these agencies responded to cases of domestic abuse, with a focus on those involving children. And they found a lot of good work that was helping victims.

One of the best ways to deal with domestic abuse is at the very beginning – before a child is even born. That’s where midwives come in. In 5 of the 6 areas inspected, we found that midwives are asking pregnant women the right questions so they can help them early.

There are good reasons why midwives get involved. For about a third of victims, domestic abuse begins during pregnancy.

It’s not easy to determine precisely how many children are suffering domestic abuse. But research shows that 62 per cent of children who live with families affected by domestic abuse suffer physical harm themselves.

In areas that deal with this risk best, police, midwives and social workers and other professionals all talk to each other and share what they know. Inspectors found they are used to dealing intelligently with protocols and refuse to let any myths about data sharing get in the way of doing the right thing.

More importantly, leaders encourage their teams to trust their own professional judgement.

Less positively, inspectors also saw instances of professionals failing to make connections between what seemed like isolated incidents, but were in fact consistent patterns of behaviour.

And inspectors identified another failing in some areas. Namely, a lack of focus on the child. In these cases, police, health professionals, social workers and other professionals tended to focus on the main victim - usually, but not always, the mother. As a result, they did not always fully consider the impact of the abuse on her children.

What happens to those children? Well, in the words of one survivor, their whole life is completely changed.

For a child, moving from a broken home to a refuge and a new school can be traumatic. That’s where schools have to go that extra mile.

Domestic abuse may be endemic, but there is nothing inevitable about it. In fact, cases of domestic abuse have fallen from a peak in 1993.

Our report published today finds that there is much good work to protect children and victims. But there’s far too little when it comes to preventing domestic abuse and repairing the damage that comes with it.

We need to challenge some of our current thinking and ensure we are focusing on the right things to make the biggest difference. We need to know more about what works.

Agencies can address these complex challenges but due to the endemic nature of domestic abuse they cannot do it alone. Education is crucial. A widespread public service message is needed to shift behaviour on a wide scale.